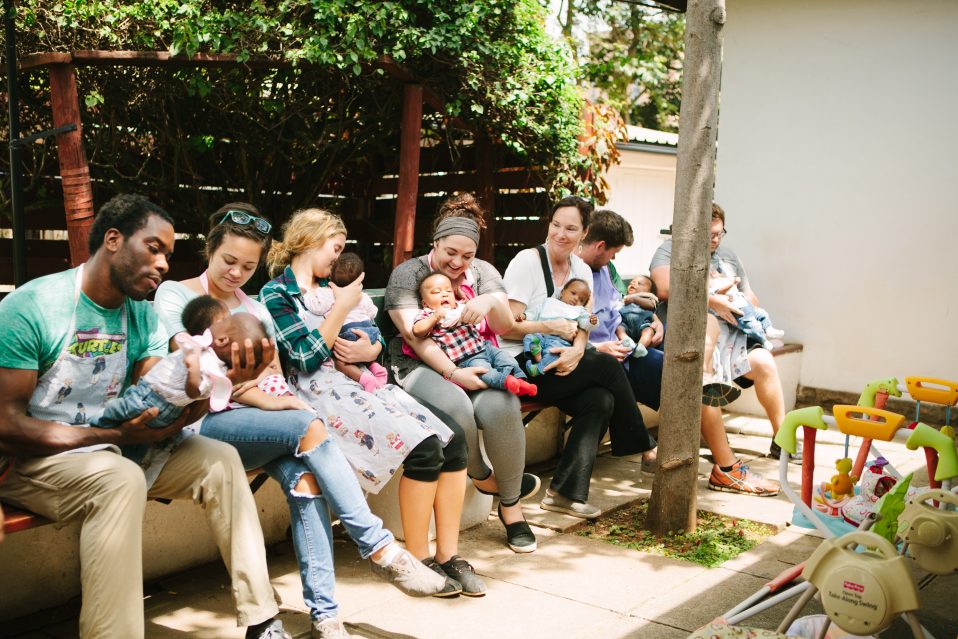 Kenyan environmental activist and Nobel laureate, Wangari Maathi, once said: “I’m very conscious of the fact that you can’t do it alone. It’s teamwork. When you do it alone you run the risk that when you are no longer there nobody else will do it.”

When New Life Nairobi opened its doors, we were just a small team of committed people who hoped and believed we could make an impact in the lives of Kenyan infants who were affected and/or infected by HIV/AIDS. As New Life Founders, Clive and Mary Beckenham, describe it: “We did everything together, simultaneously looking after our own biological children as well as the abandoned infants in our care. The first three babies we rescued were one week old, one month old, and five months old. At that time, the staff was very small and everyone did everything. All the staff came in untrained, but we trained them how to care for the infants and the facility. We were blessed with team members who were committed to our vision.”

Now 24 years later, because of that small group of committed individuals, nearly 2,000 infants have been rescued and the lives of staff, volunteers, adoptive parents, and these children impacted in remarkable ways! Of the total infants rescued, 75% have been adopted locally or internationally, 10% have been reunited with biological family members, and the remaining 15% were either transferred to another children’s home or passed away due to medical complications, often a result of the extreme environmental conditions of abandonment.

This month we celebrated 24 years as an organization serving and saving abandoned infants and giving priority to infants affected by HIV/AIDS! With the help of numerous donors and well-wishers along the way, New Life Home Trust has been a standard bearer in Kenya for the quality care of rescued infants. Additionally, we have helped shift the stigmas around HIV/AIDS, adoption, and children with physical and mental disabilities. We continue to be incredibly grateful for the impact that we have been able to have because of your support and the entire New Life staff (nearly 200 Kenyan employees across 4 cities!).

As Wangari Maathai put it: “The little grassroots people can change this world.”

New Life Home Trust UK works to financially support the rescue, care and nurture of abandoned and orphaned babies in Kenya, housing the children until they can be adopted or reunited with family.

We want to ensure complete transparency with all our donors with regard to funding.  New Life Home Trust UK CIO sends 85% of donations to Kenya for the designated project. 15% is retained in the UK, this includes 15% of any Gift Aid claim. This is used for administration, governance and fundraising costs

Details of our partnering Kenyan charity can be found here.

Your ticket for the: Celebrating 24 years at New Life Home Trust